Till saturday about 1200 refugees arrived in Rostock, 99 of them managed to travel to sweden via ferry. Many of them took a time out in Rostock until they continued their way to scandinavia. Now we’re giving you an overview about the current situation in Rostock. 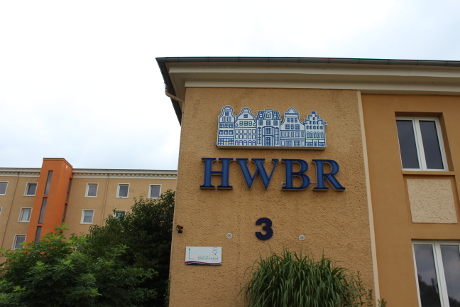 Roughly 250 refugees are currently living in the improvised accomodation in Rostock/Marienehe. There are supporters permanently present on site to take care of the work that needs to be done. The refugees also engaged in the work to turn the accomodation into a place where people can live. The whole activities on the ground were self-organzied by activists, volunteers and the refugees. Since days no contact person from the authorities showed up to actually really help with something. Even basic needs like supply with clean water, hygiene products as well as food needed to by financed and in self-organization. Official help from the authorities is blocked in some dysfunctional comitees. On average any of the volunteers donated 50 to 100 euros from their own pockets. But volunteers report many positive experiences from cooperation and mutual aid with the refugees: „face to face with fellow humans, there are no problems but solutions to be found. You just get shit done.“

Todays situation at the Central Station

Every day groups of refugees arrive at the central station and are welcomed by supporters. Among the refugees are sometimes very young children, who have lost their parents in the course of flight through Europe.
We are very happy to receive a big number of incoming donations. But we kindly ask anybody to bring the donation not to the Central Station but to the autonous youth center, JAZ Rostock. We are constantly looking for volunteers to welcome refugees at the Central Station. Help is still needed as the authorities are not really present.

Update from the ferry terminal

On the ferry departing from Travemünde a number of 160 refugees were already on board. In Rostock another 100 persons boarded then. Especially in the morning hours work often was quite busy, but got managed by the activists at the ferry terminal. Around midday there was a significant influx of supporters turning up at the harbour. Also donations came in. Concerning these donations, the activists on the ground emphasized: ALL Donations should by coordinated in advance!!! In the past 24 hours there were interpreters present at the harbour, but one or two more would be nice also.

Generally speaking supportwork at the ferry terminal is characterized by short but very intensive periods which ended into longer and sometimes even boring periods of relative calm. Also here, the needs are high in the morning. Over the course of the day routine takes over again.

Due to some scuffles with neonazis and rightwing hooligans at Hamburgs Central Station all railtraffic to Rostock was temporarily shut down. Now all trains are in operation again. On sunday there will be a special sunday schedule, adding to that some ferries of the TT Line have been canceled. Also the volunteers reported some very nice experiences of mutual aid. One of the refugees stepped in spontaneously as an interpreter for a bigger number of people. Stena Line thanked him and offered a single cabin to give some time for recreation.

Another nice episode of imediate and unbureaucratic support occured when the neighbouring small town authorities from Laage gave us a bell and asked what donations were needed.

Half an hour later several medicinal donations arrived at the ferry terminal. Reporting this experience bight smiles appeared on the faces of the activists.

This evening in the autonomous youth center JAZ a little press conference took place. Activists articulated harsh criticism concerning the activities of the authorities. The succeeding debate became especially emotional when the situations of last night came up on discussion. Right in the middle of the night emergency accomodations were set up in two clubs in the inner city of Rostock, MAU Club and Peter Weiss Haus. Babies and toddlers had to spend the night, where usually people go clubbing – the dancefloor became a shelter. 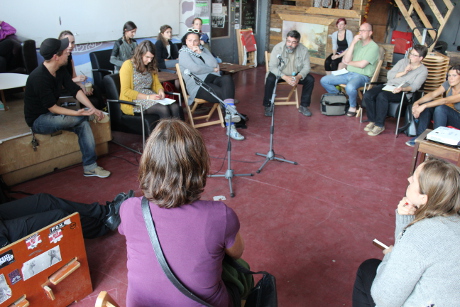 Local councillor, Anette Niemeyer voiced concerns: „ Given our history with Rostock Lichtenhagen, I thought we had a consensus in this city to never ever let refugees sleep without shelter in Rostock! Considering the last days I’m not so sure about it anymore.“ Despite all criticism against the authorities, Rostocks Member of Bürgerschaft, Susi Wolf said: „It’s not just about complaining about what others did not do. We’re also this city. We are Rostock. And it’s absolutely beautiful, what we managed to do in the last days given all the coordination and cooperation.“